Nonfiction Monday Round-up is *here*
today at True Tales & A Cherry On Top!

Check out this week's terrific reviews
of children's nonfiction books listed below.
Thanks for visiting Nonfiction Monday!

And here's the book featured on
True Tales & A Cherry On Top ...

A True Tale with A Cherry On Top

O verview from the jacket flap:

John was short and stout.
TOM was tall and lean
JOHN was argumentative and blunt.
TOM was soft-spoken and polite.
JOHN sometimes got along with almost no one.
TOM got along with just about everyone.

But these two very different gentlemen did have two things in common: They both cared deeply about the American colonies, and neither cared much for the British tyrant, King George.

With their signature wit, impeccable research, and inventive presentation style, award winners Barbara Kerley and Edwin Fotheringham masterfully blend biography and history to create a brilliant portrait of two American heroes who bravely set aside their differences to join forces in the fight for our country's freedom."

"The delegates now turned to TOM and his mighty pen to justify why Americans were taking up arms. He lunged, parried, and skewered the policies of King George and his government.
TOM might be silent in Congress, JOHN realized, but he wasn't afraid to answer King George with his pen."

and something more:   Last spring, I had the pleasure of seeing a pre-publication edition of this terrific book, Those Rebels, John & Tom, at a Highlights Foundation narrative nonfiction workshop co-taught by Barbara Kerley last spring.  It's great to see the published version!
I thought this was a touching description of Thomas Jefferson and John Adam's friendship, as set forth in the Author's Note:
"They also reflected on the long passage of years and looked together toward the future. 'I think with you that it is a good world on the whole,' Tom wrote. 'I steer my bark with Hope in the head, leaving Fear astern.'
'I admire your Navigation and should like to sail with you,' John replied. And though old age had robbed him of his strength, he assured Tom, 'While I breathe I shall be your friend.'"

This week's Nonfiction Monday Round-up
is *here* at True Tales & A Cherry On Top!

Reviewers .. please use Mr. Linky below to post a link to your review -- name of your blog and the featured book, and then add a comment, too.
Thanks for joining the Nonfiction Monday Round-Up!

And readers ... just click on the blog names below the book covers to read the terrific reviews ...

Thank you for hosting, Jeanne! Adams and Jefferson were quite a duo with a fascinating history of admiration and anger.

Thanks, Jeff, for joining the Nonfiction Monday roundup and sharing your great review of JUST DUCKS! I love the words"dabbling" and "upending" that you reference from the book -- I look forward to reading it.

Thank you for hosting! I love Dinosaurs of Waterhouse Hawkins and look forward to reading this new work of Barbara's.

I'm in with a review of Laura Vaccaro Seeger's Green.

Hi Laura, Yes! You will enjoy Barbara's new book. I too loved Dinosaurs of Waterhouse Hawkins. Thanks for your great review of Green -- I know it must be good if YOU say it has great rhyming text. And under 50 words -- wow! Thanks for joining Nonfiction Monday round-up today.

Playing by the book said...

Ha! Your chosen book this week sounds like an interesting read over the Jubilee weekend here in the UK. I personally am not celebrating, but the monarchy and union jack flag are everywhere!

Thanks for posting early - a big help for a busy morning! Mary Ann

Thank you for hosting. I've read Those Rebels John and Tom. It's an interesting presentation of these two lions of American History - nice to see Adams get some attention.

Thank you so much dearest Jeanne for hosting this week. Fats has written about Our New Home: Immigrant Children Speak for nonfiction today. In keeping with our Festival of Asian lit and the Immigrant Experience theme. :) The book that you shared, Those Rebels, John & Tom look like something that would attract a lot of reluctant readers. The book cover looks really cute.

I love that UK connection! It must be hopping over there. I just flew through London last weekend, and I could feel the excitement for the Jubilee and the Olympics. Thanks for joining the Nonfiction Monday roundup today.

Sure! I'm happy to post early, especially since I'm on West Coast time and a lot of you are up way earlier than I am. Thanks for joining the Nonfiction Monday roundup today!

Yes, I agree that it's an interesting presentation of these famous American men, and always good to hear a more balanced view. Thanks for joining the Nonfiction Monday roundup today.

Hi Myra and Fats, Thanks for your nice comment! Yes, there is lots of humor (in the illustrations and the words) of Those Rebels, John & Tom, which pulls in readers. I'll be interested to read Our New Home -- the stories told by the children sound compelling. Thanks for joining the Nonfiction Monday round-up here today!

Thanks you for hosting. I haven't been by Nonfiction Monday for awhile, so it is fun to see what everyone is reading.

The book I reviewed, Dreams Around the World, would tie in nicely with Myra and Fats book.

(I can relate to the West Coast time issue :-))

Great to see you back, Roberta! Yes, my thoughts exactly about the tie-in to Our New Home reviewed by Gathering Books. I love the idea of asking children around the world about their dreams.

Jeanne, thanks so much for introducing the book :)

And Shelf-employed, I am totally with you: by the time I finished researching, I was convinced that Adams belongs on Mt. Rushmore beside Jefferson. What an amazing man he was.

You're most welcome, Barb! Thanks for stopping by.

Thanks for looking after this week's event, Jeanne.
What an interesting list of books.
Tammy
Apples with Many Seeds.

Hi Tammy, I'm intrigued by the title of your featured book -- How To Land a Jumbo Jet.

Thanks for joining the Nonfiction Monday round-up here today!

Ah, summer. Not nearly as quick with my posts as I am during the school year! I could have done without the information on parasites in Little Monsters, but my students will like it!

Happy Summer, Ms. Yingling! You deserve to take it slower in the mornings. Hmm... parasites don't sound particularly appealing, but as you said, kids will love the topic.

Thanks for joining the Nonfiction Monday round-up today

Thanks for hosting. Sorry I'm late to the party. I LOVE the format, so cool.

Hi Brenda, Never too late! So glad you participated in today's Nonfiction Monday round-up. And thanks for the compliment :)

Wish I would have had the chance to link up this week. Been so busy. You have a good selection. I have read this one and have contemplated posting about it myself. Thanks for hosting and sharing. 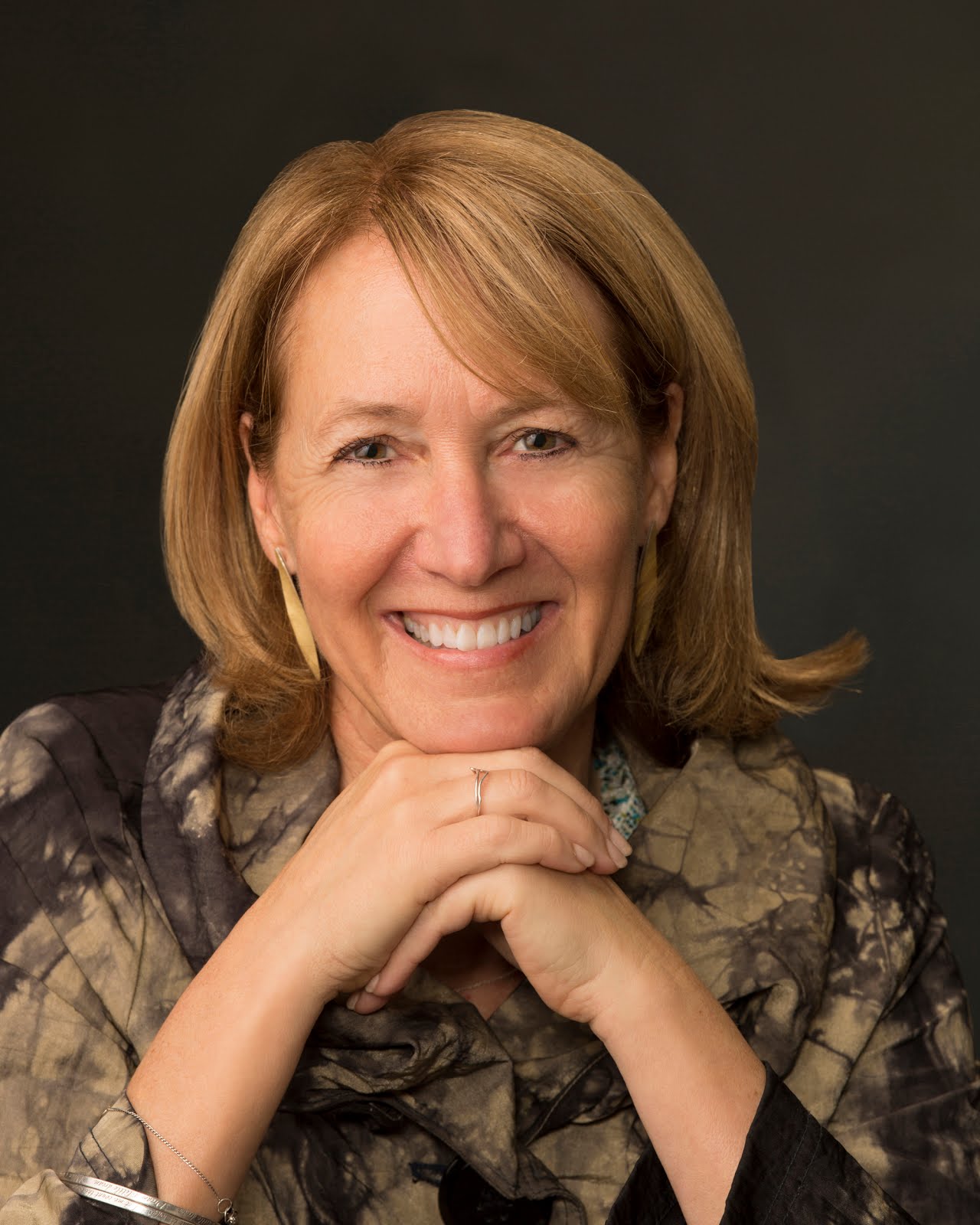 picture book biography Jeanne Walker Harvey *FEARLESS FLYER* *WRITE ON "CLOTH LULLABY* * THE FANTASTIC JUNGLES OF HENRI ROUSSEAU* *16 WORDS* *A HOME FOR MR. EMERSON* *A MODERN MULTIPLICATRION PRIMER* *A PICTURE BOOK OF CESAR CHAVEZ* *A PRESIDENT FROM HAWAI'I* *A SPLASH OF RED* *A STORY ABOUT THE NATION'S FIRST WOMAN DETECTIVE* *A VOYAGE IN THE CLOUDS* *ABE LINCOLN'S DREAM* *ALICIA ALONSO* *ALL ABOARD* *ALL THE WAY TO AMERICA* *AMELIA EARHART* *AN EYE FOR COLOR* *ANTSY ANSEL* *AROUND THE WORLD ON EIGHTY LEGS* *AS FAST AS WORDS COULD FLY* *AWAY WITH WORDS* *BACK OF THE BUS* *BALDERDASH* *BALLOONS OVER BROADWAY* *BARNUM'S BONES* *BECOMING BABE RUTH* *BEFORE SHE WAS HARRIET* *BEFORE THERE WAS MOZART* *BENNY GOODMAN & TEDDY WILSON* *BETSY ROSS* *BIBLIOBURRO* *BIG MACHINES* *BON APPETIT* *BORN AND BRED IN THE GREAT DEPRESSION* *BRICK BY BRICK* *BROTHERS AT BAT* *CARTER READS THE NEWSPAPER* *CHARLIE TAKES HIS SHOT* *COLORFUL DREAMER* *COME SEE THE EARTH TURN* *COUNTING ON KATHERINE* *DANCING HANDS* *DAVE THE POTTER* *DIEGO RIVERA* *DJANGO* *DOROTHEA LANGE* *DOROTHEA'S EYES* *DRAWING FROM MEMORY* *DREAM SOMETHING BIG* *DREAMERS* *DRUM DREAM GIRL* *EARMUFFS FOR EVERYONE* *ELECTRICAL WIZARD* *ELIZA'S CHERRY TREES* *ELIZABETH STARTED ALL THE TROUBLE* *ELVIS IS KING* *EMILY AND CARLO* *EMMANUEL'S DREAM* *FAB FOUR FRIENDS* *FABULOUS* *FALLINGWATER* *FANCY PARTY GOWNS* *FEARLESS RUN* *FEARLESS* *FIFTY CENTS AND A DREAM* *FINDING NARNIA* *FLYING SOLO* *FOR THE BIRDS* *FOR THE LOVE OF MUSIC* *FROM THE GOOD MOUNTAIN* *GEORGIA IN HAWAII* *GIRL RUNNING* *GLORIA TAKES A STAND* *GOOD FORTUNE* *GORDON PARKS* *GRACE HOPPER* *GRANDAD MANDELA* *GRANDMA GATEWOOD HIKES THE APPALACHIAN TRAIL* *GRANDPA CACAO* *HANDS AROUND THE LIBRARY* *HARLEM'S LITTLE BLACKBIRD* *HEART ON FIRE* *HELEN'S BIG WORLD* *HERE COME THE GIRL SCOUTS* *HONEY GIRL THE HAWAIIAN MONK SEAL* *I AM FARMER* *I DREAMED OF FLYING* *IMOGEN* *IN THE BELLY OF AN OX* *IRA'S SHAKESPEARE DREAM* *IT BEGAN WITH A PAGE* *IT JES' HAPPENED* *JACKSON POLLOCK* *JAZZ AGE JOSEPHINE* *JAZZ DAY* *JEAN LAFITTE THE PIRATE* *JIM HENSON* *JIMI SOUNDS LIKE A RAINBOW* *JOAN OF ARC* *JOAN PROCTER DRAGON DOCTOR* *JUST BEHAVE PABLE PICASSO* *JUST BEING AUDREY* *KEEP YOUR EYE ON THE KID* *LEVI STRAUSS* *LIBBA* *LIFE IN THE OCEAN* *LIGHTS CAMERA ALICE* *LITTLE RED WRITING* *LOOK UP WITH ME* *LOST BOY* *LOUISA MAY'S BATTLE* *LUNA & ME* *MAGIC TRASH* *MAGRITTE'S MARVELOUS HAT* *MALALA'S MAGIC PENCIL* *MARCEL MARCEAU* *MARGARET AND THE MOON* *MARTIN AND MAHALIA* *MARTIN de PORRES* *MARY BLAIR'S UNIQUE FLAIR* *MARY WALKER WEARS THE PANTS* *MAXFIELD PARRISH* *MAYA LIN ARCHITECT OF LIGHT AND LINES* *ME FRIDA* *MIRACLE MUD* *MISS MARY REPORTING* *MISS MOORE THOUGHT OTHERWISE* *MISTER AND LADY DAY* *MONET PAINTS A DAY* *MRS. HARKNESS AND THE PANDA* *MY HANDS SING THE BLUES* *NELSON MANDELA* *NICE WORK FRANKLIN* *NOAH WEBSTER AND HIS WORDS* *NURSE SOLDIER SPY* *ODETTA* *OLIVIA'S BIRDS* *ONE FUN DAY WITH LEWIS CARROLL* *ONE PLASTIC BAG* *ORANI* *ORDINARY EXTRAORDINARY JANE AUSTEN* *OUR FLAG WAS STILL THERE* *OUR HOUSE IS ON FIRE* *OUT OF SCHOOL AND INTO NATURE* *OUT OF THIS WORLD* *PABLO NERUDA* *PAPA IS A POET* *PAPER SON* *PLANTING SEEDS* *PLAY BALL *QUEEN OF PHYSICS* *QUEEN OF THE FALLS* *QUEEN VICTORIA'S BATHING MACHINE* *RACHEL CARSON* *RISE* *RUTH ASAWA: A SCULPTING LIFE* *SERENA* *SEWING THE RAINBOW* *SILENT STAR* *SING DON'T CRY* *SMILE* *SOAR ELINOR* *SOLVING THE PUZZLE UNDEr ThE SEA* *SOMETHING TO PROVE* *SONNY'S BRIDGE* *SPLIT SPLAT* *STAND UP AND SING" *STRONG AS SANDOW* *SUPERHEROES ARE EVERYWHERE* *THE 5 O'CLOCK BAND* *THE ARTIST WHO PAINTED A BLUE HORSE* *THE BLUEST OF BLUES* *THE BOOK RESCUER* *THE BOY WHO HARNESSED THE WIND* *THE BOY WHO LOVED MATH* *THE BRAVEST WOMAN IN AMERICA* *THE BROTHERS KENNEDY* *THE CRAYON MAN* *THE EAST-WEST HOUSE* *THE EFFA MANLEY STORY* *THE EMILY SONNETS* *THE EXTRAORDINARY MARK TWAIN* *THE EXTRAORDINARY MUSIC OF MR IVES* *THE FABULOUS FLYING MACHINES* *THE FIREHOUSE LIGHT* *THE FIRST STEP* *THE FUNNIEST MAN IN BASEBALL* *THE HOUSE THAT JANE BUILT* *THE IMPORTANT THING ABOUT MARGARET WISE BROWN* *THE INCREDIBLE LIFE OF BALTO* *THE INCREDIBLE TRUE STORY OF THE MAN BEHIND THE MACHINES* *THE LEGENDARY MISS LENA HORNE* *THE MARVELOUS THING* *THE NUTCRACKER DOMES TO AMERICA* *THE PRICE OF FREEDOM* *THE SECRET KINGDOM* *THE SPY WHO PLAYED BASEBALL* *THE STORY OF AMAZING GRACE* *THE STORY OF YOUNG FREDERICK DOUGLASS* *THE TREE LADY* *THE TRUE STORY OF JACQUELINE KENNEDY'S FIGHT FOR AN AMERICAN ICON* *THE TUSKEGEE AIRMEN* *THE UNSUNG HERO OF THE LEWIS AND CLARK EXPEDITION* *THE VAST WONDER OF THE WORLD* *THE WATCHER* *THE WATER PRINCESS* *THE WILLIAM HOY STORY* *THE WORLD IS NOT A RECTANGLE* *THOSE REBELS JOHN AND TOM* *THURGOOD* *TILLIE THE TERRIBLE SWEDE* *TOUCH THE SKY* *TROMBONE SHORTY* *VIVALDI'S FOUR SEASONS* *WHAT MISS MITCHELL SAW* *WHEN BOB MET WOODY* *WHEN I WAS EIGHT* *WHEN PAUL MET ARTIE* *WHEN SUE FOUND SUE* *WHEN THE BEAT WAS BORN* *WHO SAYS WOMEN CAN'T BE DOCTORS* *YOGI* *YOU ARE MY FRIEND* *YOU CAN'T DO THAT AMELIA* *YOU NEVER HEARD OF WILLIE MAYS* *enormous SMALLNESS* 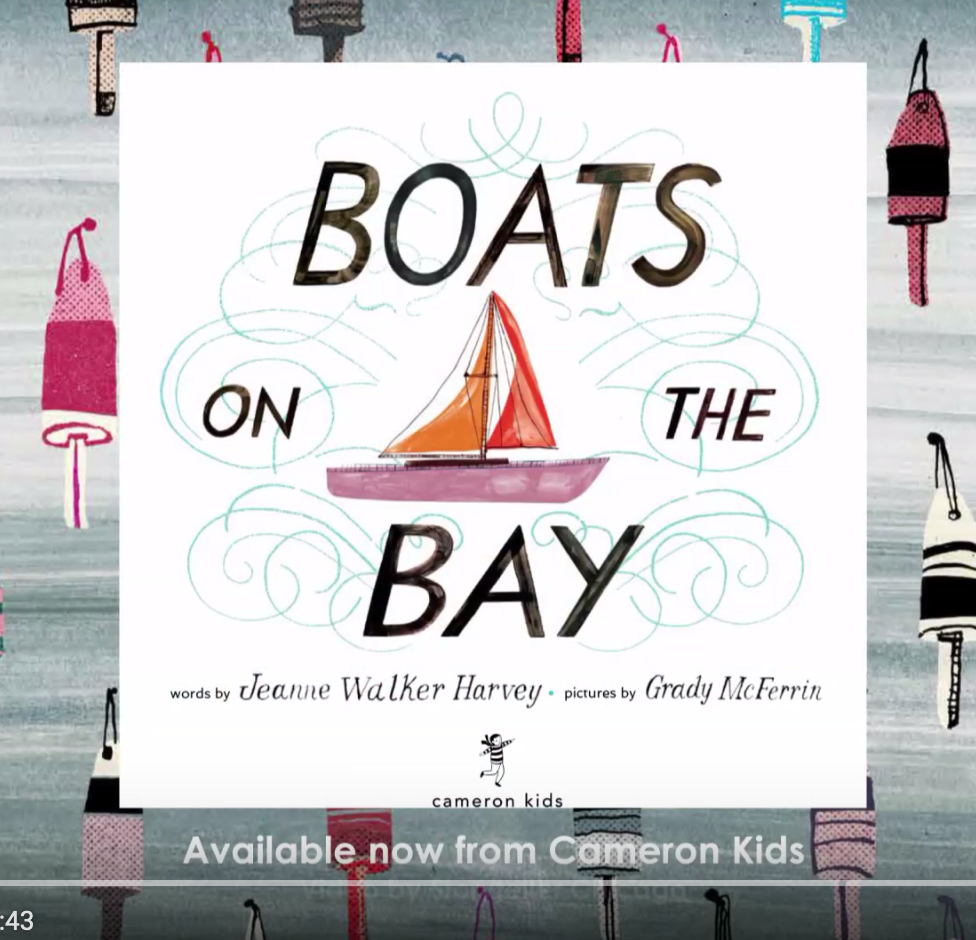 ** Awarded The Golden Poppy for Picture Book for 2018 by NCIB 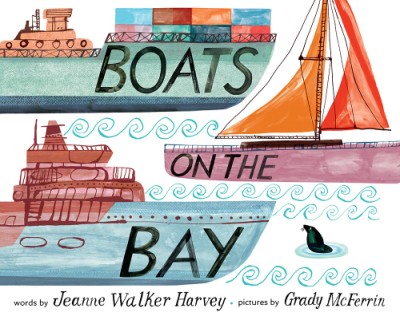 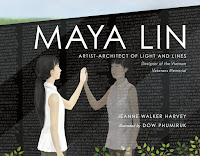 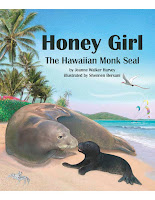 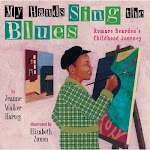